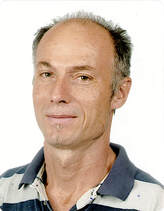 In 1977 he turned to the Middle East, first as a traveler, then as a delegate of the International Committee of the Red Cross.

In 1983 he joined the international editorial team of the Neue Zürcher Zeitung (NZZ). There he dealt with topics from the field of Islam and the Arab world.

In 1992 he moved to Nicosia, Cyprus, as a Middle East correspondent then back to Switzerland to cover the UN and international affairs from UN office at Geneva and joined ACANU.

Victor Kocher dealt intensively with the Oslo peace process between the palestinians and Israel and later with the oppression of the Palestinians and their resistance.
Another focus of his work is terrorism and the war waged against it.

He was the author of "Terror Lists" where he investigates the excesses of a control society that is depriving innocent people of their civil rights under the guise of the fight against terrorism.

he was also the author of "The new Middle East. The Arab world in the peace process". 1996
Victor was an extraordinary journalist.  As a Middle East expert. He had an encyclopedic knowledge of the Middle East region, spoke fluent Arabic and was deeply respected by his colleagues for his serious and thorough work.
He was also a very amicable and honorable person with great integrity.