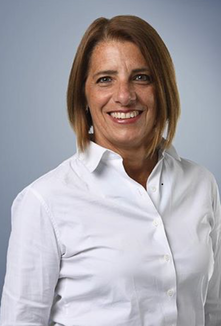 ​Paula Dupraz-Dobias is an independent journalist and documentary producer, who has worked for many years in Switzerland since her studying  international relations at the Graduate Institute and London School of Economics. After beginning her career at AFP in Lima, Paula held production roles at CNN Atlanta and New York, was a producer at the European Business Channel in Zurich and at World Radio Switzerland in Geneva, and worked independently with CBS, RTS and France 2 in London.

​In 2018, she was awarded the Nicolas Bouvier prize for her in-depth coverage of International Geneva at CNNMoney Switzerland, where she was its Geneva producer and reporter. Her story on arms control and gender based violence for The New Humanitarian in 2019 was awarded for Exemplary Reporting by the Forum on the Arms Trade.

Awarded documentaries she produced for France Télévisions include - "Arêtes dans vos assiettes "(2013) on fraud in the fishing sector, Sélection Boîtes à Films, Pécheurs du Monde international film festival, in Lorient, France and "Vanishing Homeland in the Bayou" (2017) the story of an indigenous community losing its land to sea level rise, for best scenario at Filmar Sea Film Festival in 2018 in Hendaye, France.

In 2019, she was selected for the Green Growth Journalism Initiative allowing her to investigate deforestation in Nestlé's palm oil supply chain in Peru. She has also investigated the illegal sourcing of gold from Peru by Swiss refiners over many years.

Paula is a co-author of the 2020 Frommer's Guide to Switzerland.