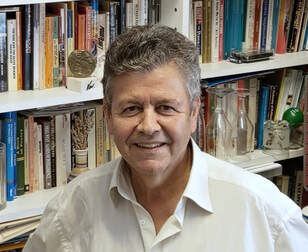 ​John Zarocostas  is a Geneva-based independent (freelance) international correspondent and broadcaster with more than 30 years' experience in covering  international issues  for print, radio and television outlets from the days of the Cold War to the era of hyper-globalization.

Similarly, his dispatches for newspapers ,and magazines, have been published, among other, by:

In December, 2016 he was  awarded the  Prix Nicolas Bouvier  by the Geneva Press Club  for international written press coverage (2015/2016).

He was also a contributing author to the M.Ayoub (ed) book, Conflict and Intervention in the Third World , ANU press, (Canberra,) Croom Helm, (London,) and St Martin's Press, (New York,) 1980.

He studied economics, political science, and international relations at universities in Australia and Switzerland, and has  also been a visiting fellow at Oxford University.