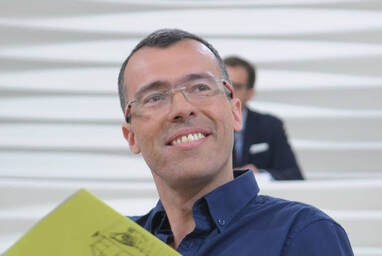 Jamil Chade has been the correspondent for the Brazilian daily O Estado de S. Paulo in Geneva since 2000 and a columnist for Radio Eldorado.

Amongst several awards he has received over the years, Chade was elected twice as the best Brazilian foreign correspondent. In 2015, he was chosen as one of the 40 most influential journalists in Brazil.

Since 2000, Chade has completed missions to over 60 countries. They trips with the secretary-general of the UN to African countries, as well as traveling with Pope Benedict XVI and Pope Francis. Chade has covered four World Cups, two Olympic Games and many world events such as elections, natural disasters and the aftermath of terrorist attacks.

Over the last ten years, he has published six books. Two of them were finalists at the main book prize in Brazil, known as "Jabuti". In Switzerland, one of his books on hunger won the Nicolas Bouvier Award. In 2018, he has launched his first novel - The Abraham Path.

Chade was also one of the researchers of the Truth Commission stablished by the government in Brazil to investigate the crimes committed during the military dictatorship.

He is also part of a network of specialists dealing with corruption, the Transparency International’s Anti-corruption Solutions and Knowledge (ASK).

Chade's reports on corruption in sports have led the Brazilian Parliament to open an Inquiry Commission to investigate football institutions in the country. In Spain, his revelations led the authorities to indict the former president of FC Barcelona.